For results of the CB-ELSA experiment, please, refer to the publications section.

More information on future projects and upgrades can be found here. 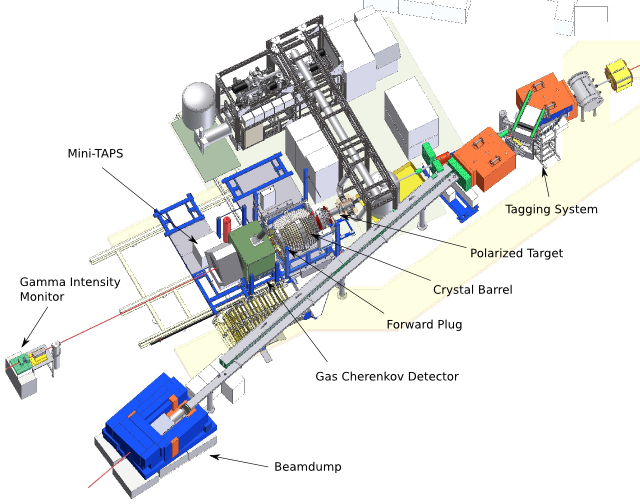 For CBELSA/TAPS, the forward three rings of the Crystal Barrel were removed and TAPS was positioned in forward direction.

For results of the CBELSA/TAPS experiment, please, refer to the publications section.

The characteristics of the experiment were:

The CB-ELSA experiment used the Crystal Barrel in its original arrangement.